It’s hard to think that anything would top Ngorongoro Crater.  However, we were going to spend the rest of our trip in Lake Ndutu.  Aside from a day trip to Serengeti National Park, we were just going to be on game drives around Lake Ndutu.  We were told that this was “cat heaven” and boy did it live up to that!  We saw so many cheetahs and lions while we were here!

But first – the journey!  We left Ngorongoro Crater with a few hours of driving ahead of us.  We stopped at the Serengeti gate for pictures – we wouldn’t be in the park for another two days, but it was cool seeing the gate!

At this little break from our drive, we found out that we were going to actually go on a game drive before getting to our camp.  As we got closer to the lake, it was clear that this area had received a LOT of rain recently.  Our driver, Solomon, told us that he was a little concerned about the lake.  If the water was too high, the jeeps couldn’t make it across to where our camp was.  All of the jeeps had snorkels on them, but at a certain water level, that snorkel doesn’t matter.  We got to the lake and it didn’t look great.  There was a truck stuck in the mud about halfway across the lake and it’s not like there are tow trucks all around.  We’re literally in the middle of nowhere.  Solomon told us to empty out of our jeep because he was nominated to take an empty jeep across to see how deep the water was.  If he made it, the others would follow, and our group would just pack into the remaining three jeeps.  As you can tell from the video – it wasn’t great.  Solomon made it, but the other drivers were unsure about trying this with people AND luggage AND camera equipment.

We found another way across further down the lake bed that all of the drivers felt a lot more comfortable with.  We all made it safely across and then it was time for the animals!  After driving around for a bit and taking pictures of lions and cheetahs, we went to camp to drop our stuff off and eat lunch.  This was easily our favorite place we stayed – we all had tents with front porches and animals were free to come and go as they pleased!  This was our tent:

And the view when you walked in the front door: 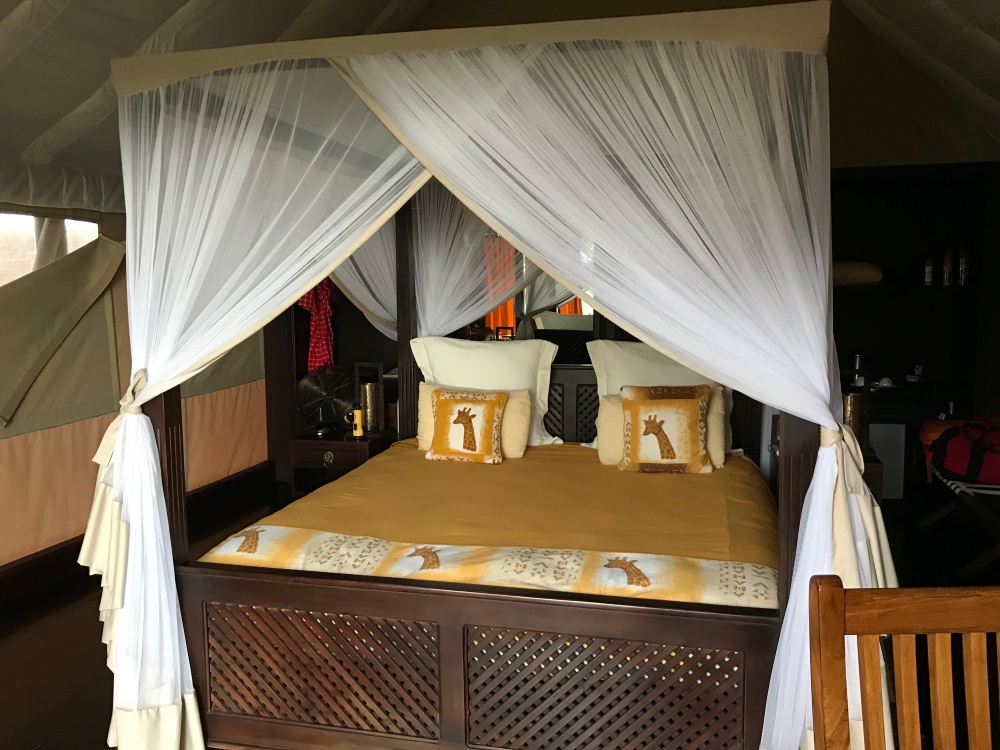 And later that night, we had some zebra guests in our front yard:

But I’m getting ahead of myself!  After we ate lunch, we had a little downtime until our afternoon game drive.  It was supposed to rain (possibly storm), so we all knew that it might be a couple hours or way less than that depending on the weather.  Mike and I had decided to go no matter what – we figured it would be worth it!

When it was time to go, it was raining, and not many people decided to venture out.  There were probably 8-10 of us that had decided to give it a shot.  We took a short drive back down to the lake and the water level had only gotten higher, so it was decided that this would be a short game drive – we didn’t want to be stuck out here!  We were all fine with that, and we got turned around just in time to see an entire herd of wildebeest begin to cross the lake.  It was incredible.  I actually didn’t get that many pictures because I was just gobsmacked by this sight.  I didn’t expect to see anything like this on our trip – they do a trip to Kenya in August for the Great Migration and that’s where I would expect to see something like this!  It was incredible.  After they had all crossed, we turned around to make our way back to camp and came across several giraffes.  They were great models for us!

We made it back to camp and ate dinner.  After dinner, we walked out of the dinner tent and had to be escorted back to our tent by a Maasai warrior.  He had a flashlight that he swept from side to side looking for pairs of glowing eyes.  He guided us safely back to our tent and we got ready for bed.  As we were laying in bed, we kept hearing distinct animal noises and calls – Mike and I both decided that they were hyenas.  The next morning, our guess was confirmed.  We fell asleep to their chatter every night we were here.  This place was absolutely magical!

All in all, a great first day in Lake Ndutu and some great pictures to go along with it! 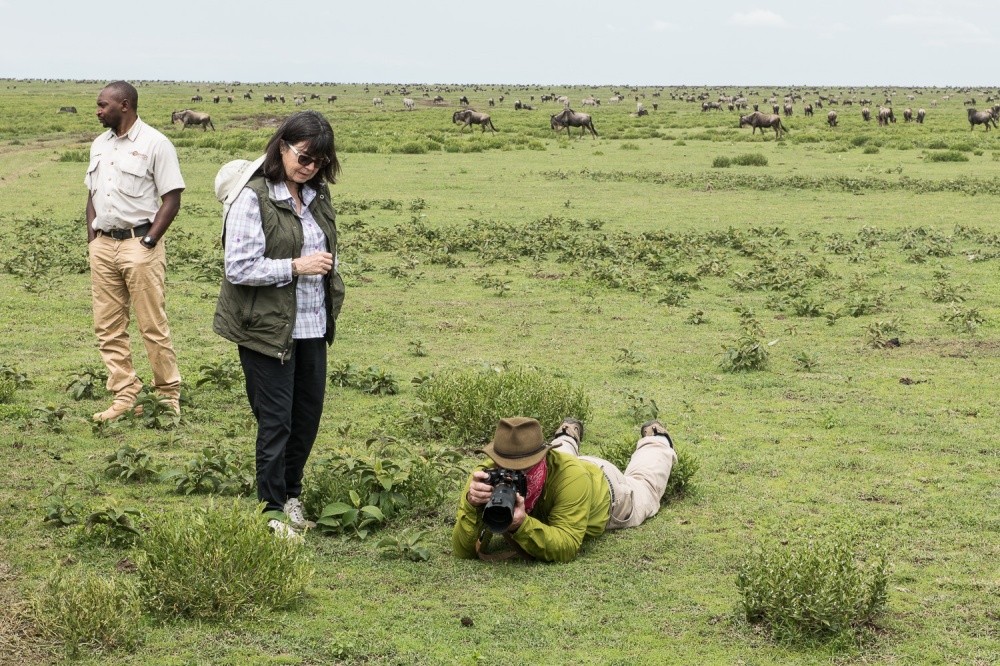 Down and Dirty Photography, Tanzania, 2018 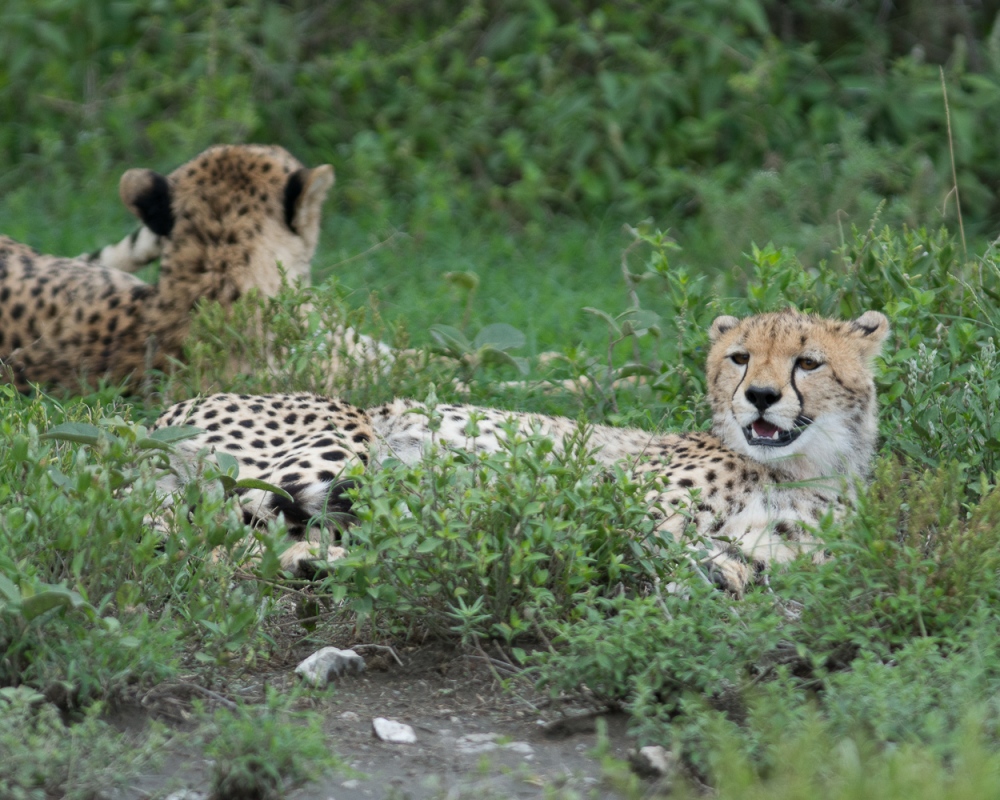 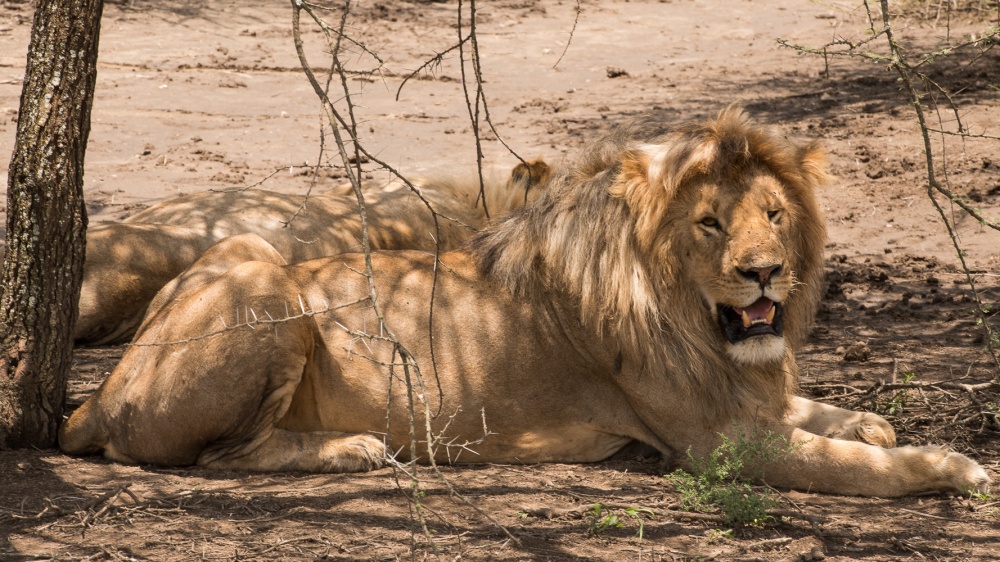 Sheltering in the Shade, Tanzania, 2018 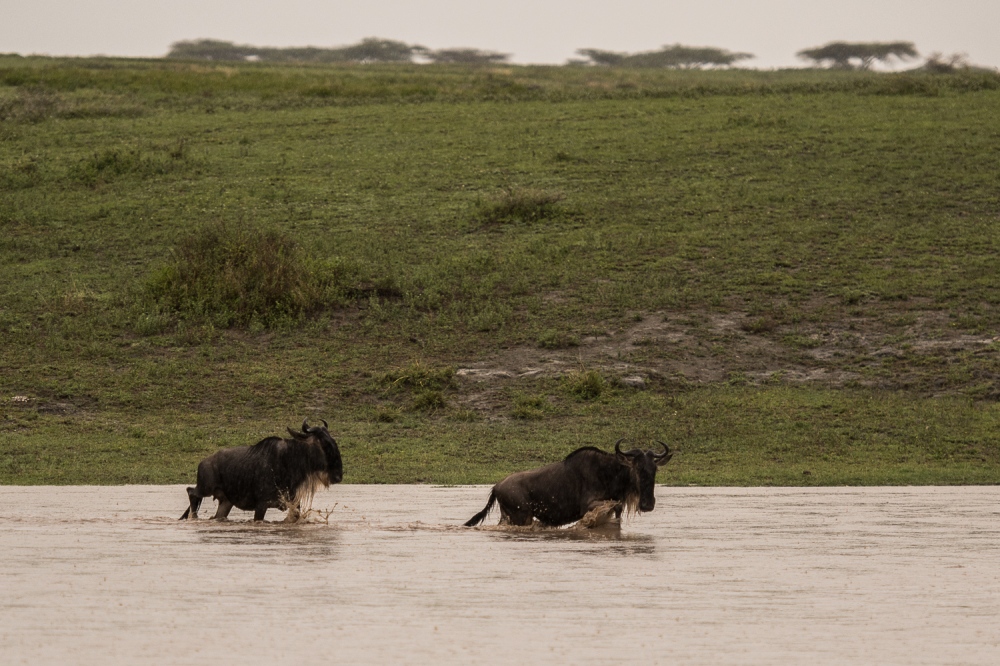 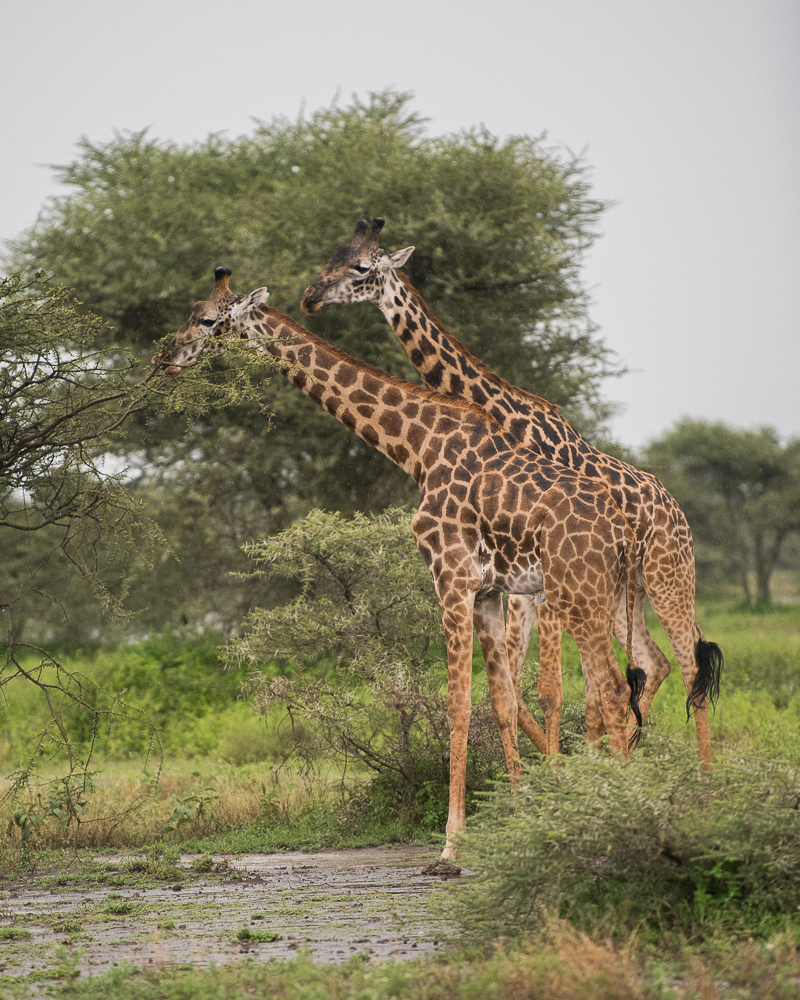