Our last full day in Africa was incredibly eventful!  We had a beautiful sunrise (our first of the trip!), and our first game drive started by watching a cheetah enjoy the catch of the day (a baby wildebeest).  We ended our day watching honeymoon lions – more on that later.  In between, we followed a male lion for a while and I FINALLY got a good picture of the most beautiful African bird – the lilac-breasted roller.  We had seen several of these birds, but I could never get a good picture of it!  We finally found one that was just content sitting still on a branch for a minute!

When we found the feasting cheetah in the morning, I was curious about how the cheetah would view us.  There were several jeeps semi-circled around her and I thought that perhaps she would take her food further away from us.  However, she was completely content with us being right there watching her.  Our driver explained that cheetahs in particular use the jeeps to help them.  Either to help them hide (like in this situation) or to help them see things.  As she ate, she did look up often and scanned the area to make sure there were no other predators waiting to move in on her fresh meal.  Solomon explained that a cheetah will not battle a hyena, so if a hyena had approached, she would abandon her kill and let the hyena have it.  He also told us that it’s not uncommon for some cheetahs to starve to death because they make a kill and have to rest for a while before they can eat.  Sometimes, in that time, a hyena will wander up and the cheetah has no choice but to abandon the kill.  Cheetahs have a significant advantage with their speed, but they have quite a long recovery time after using that speed to catch something. Lions don’t have this issue – they are lazier hunters and big enough to fight off anything that comes near their meal.  We watched this cheetah for a while, and I was able to get a decent video on my Nikon of her!

So…the honeymoon lions.  This was something that we were told we might see while we were in Africa.  When lions are ready to expand their pride, the male lion picks one (or in rare occasions, two) lioness and they go away from the pride for one week.  They hunt first and eat a big meal, because all they will be doing after that is making little lions.  Every half hour or so, the female lion will nudge the male lion and they do their thing.  Then they rest and when the female is ready again, the routine begins again.  They do this for DAYS and then return to the pride with the assumption that the female is pregnant.

The honeymoon lions that we saw were unique!  There was one male and two females grouped together, and then maybe 100 yards away, there was another male lion.  Solomon told us that these males were brothers and basically when the other one got too tired, the brother would move in and challenge the male to get him to leave.  Then, the brother takes over.  It’s a very interesting process!  Mike caught it all on video – the best part of this video is the very end!

The synchronized rolls by the females at the end are just too much!  This was a really amazing thing to witness and learn about.  I wish we could go back next year to see the cubs!

On our way back to camp, we came across our cheetah family of a mom and her two sons.  They were right outside our camp!  Here’s a video showing how close they were:

There was a jackal that was hanging around our camp as well, and I got an amazing picture of him – it was probably one of my favorite pictures from the trip!

We were also lucky to have another clear night – I gave one last try to star pictures.  They weren’t as crisp as the previous night because I had some focusing issues, but I did get a bit of the Milky Way from the southern hemisphere! 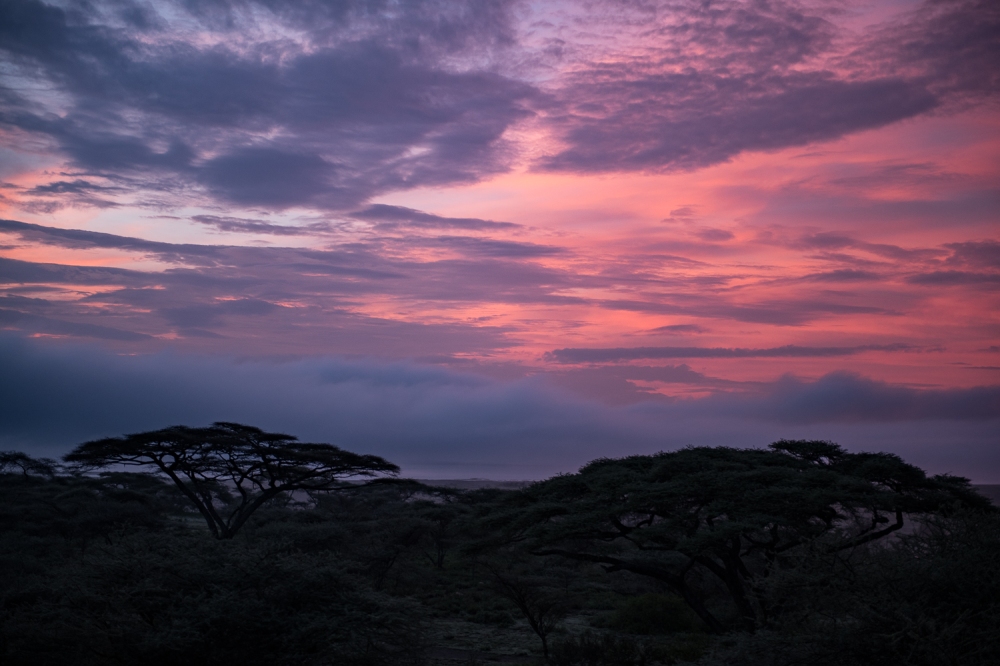 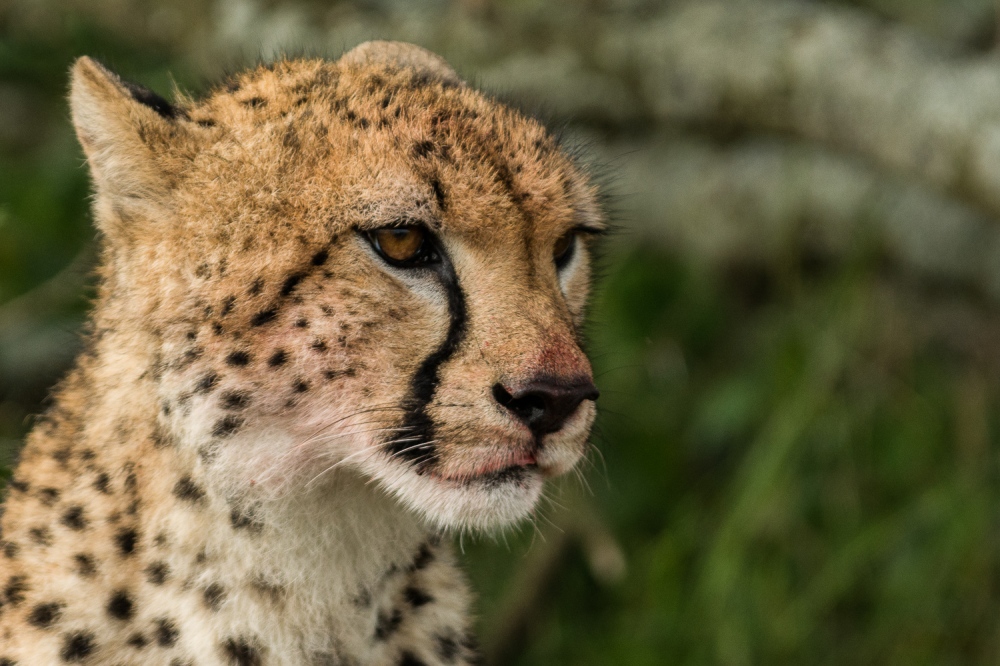 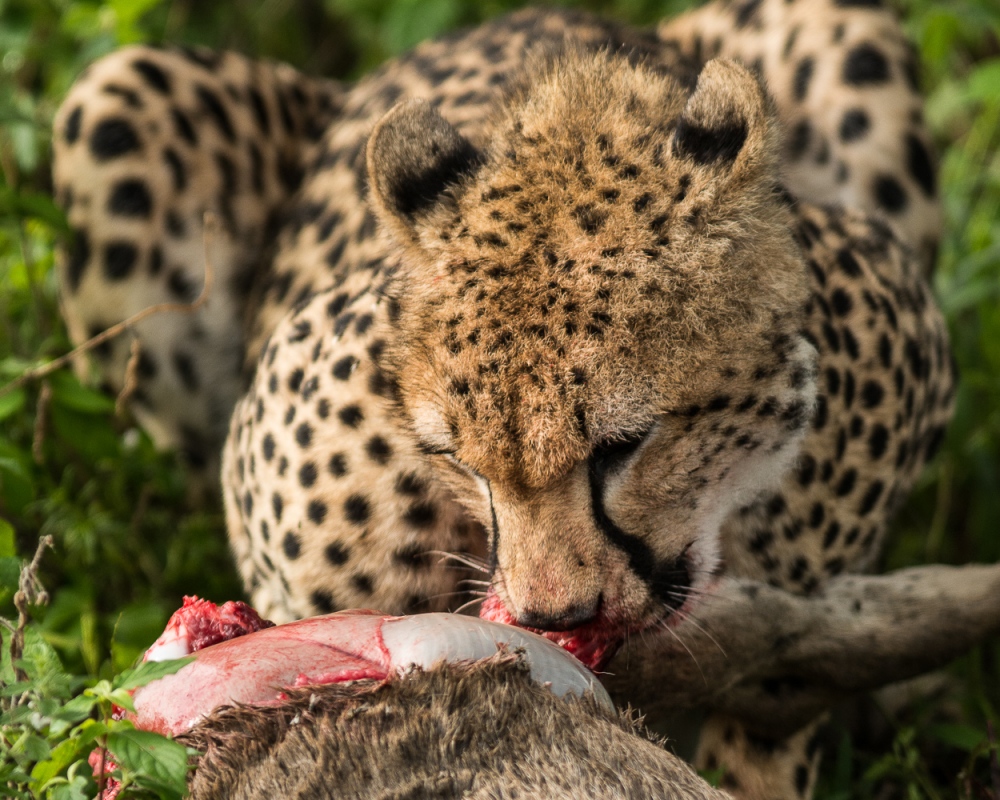 Getting the Good Meat, Tanzania, 2018 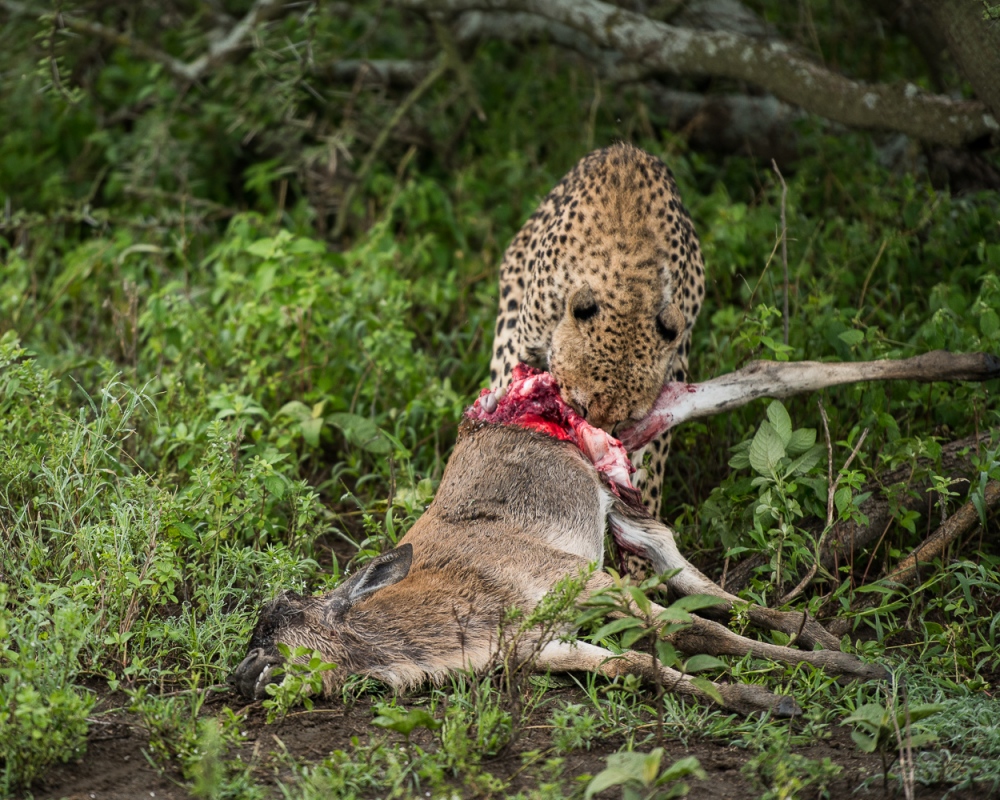 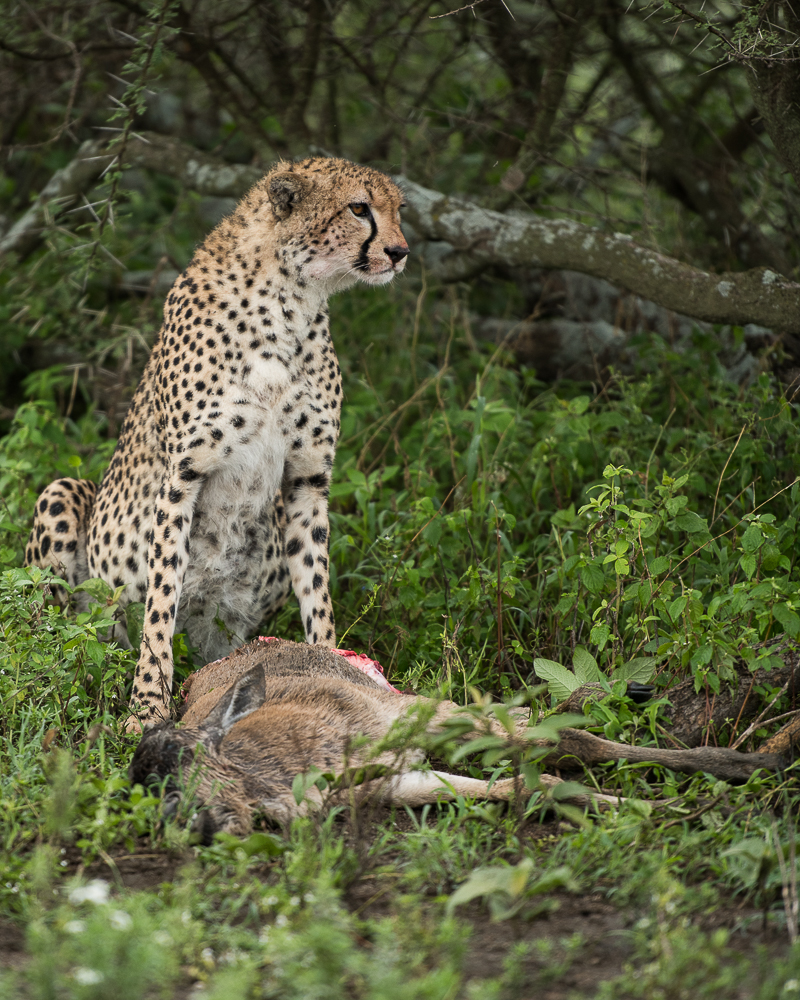 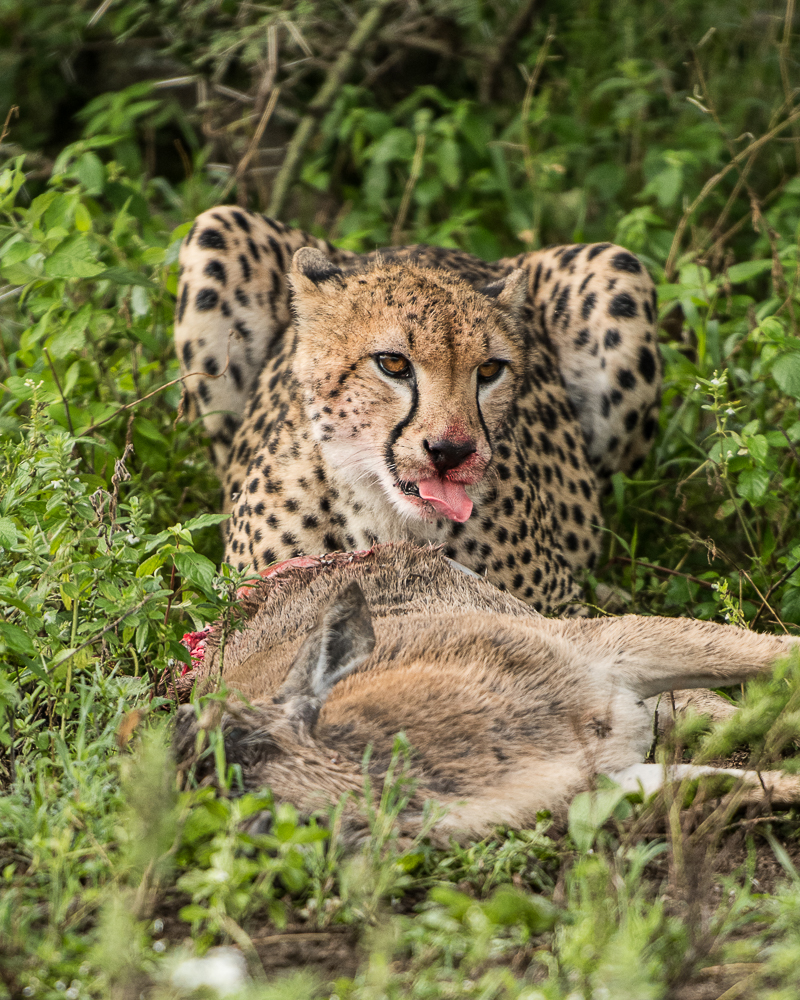 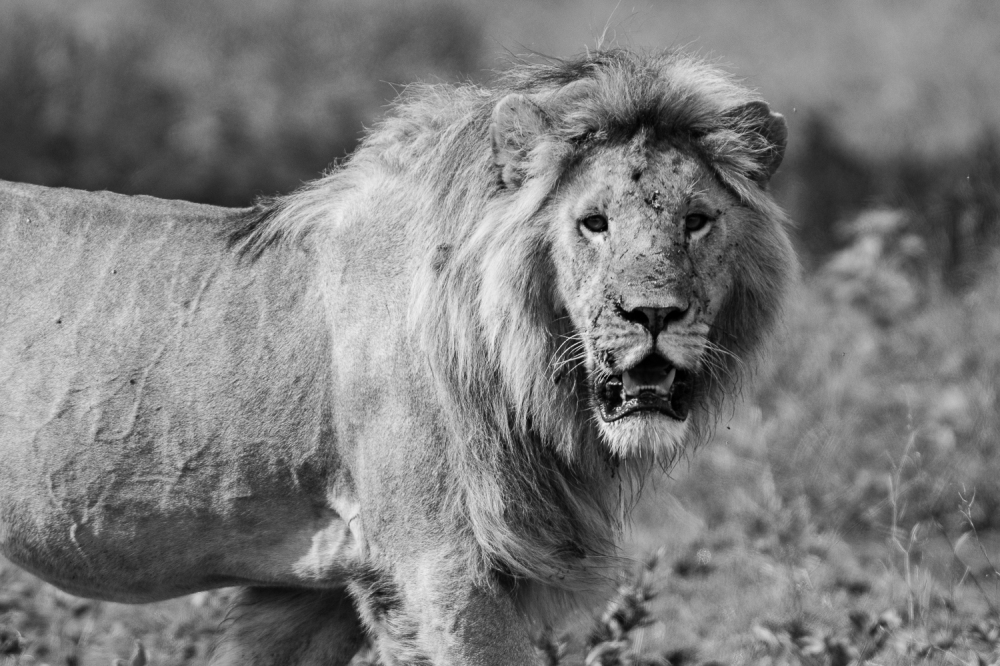 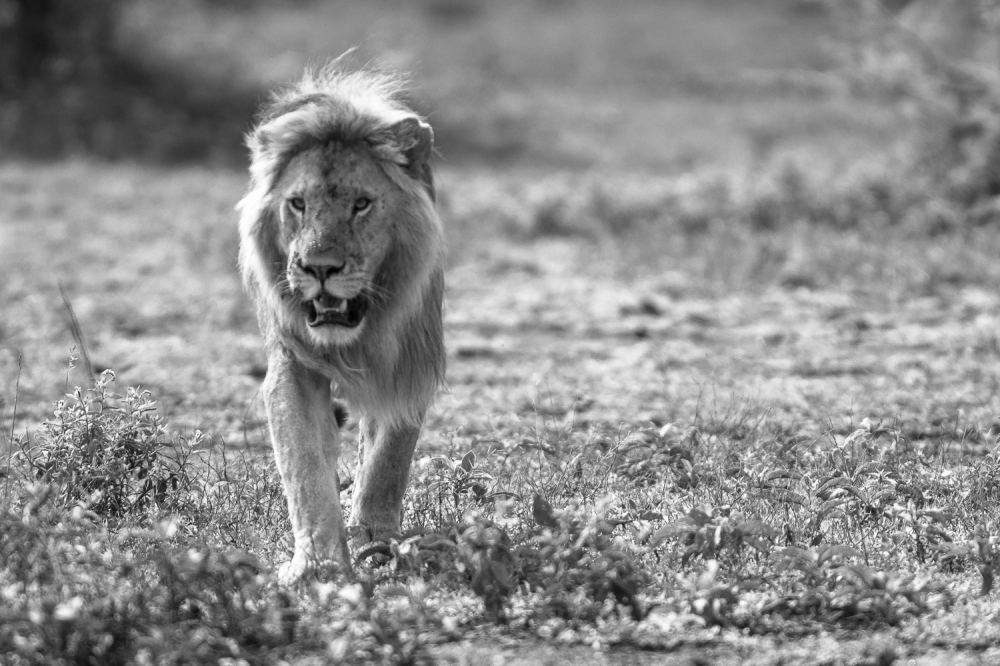 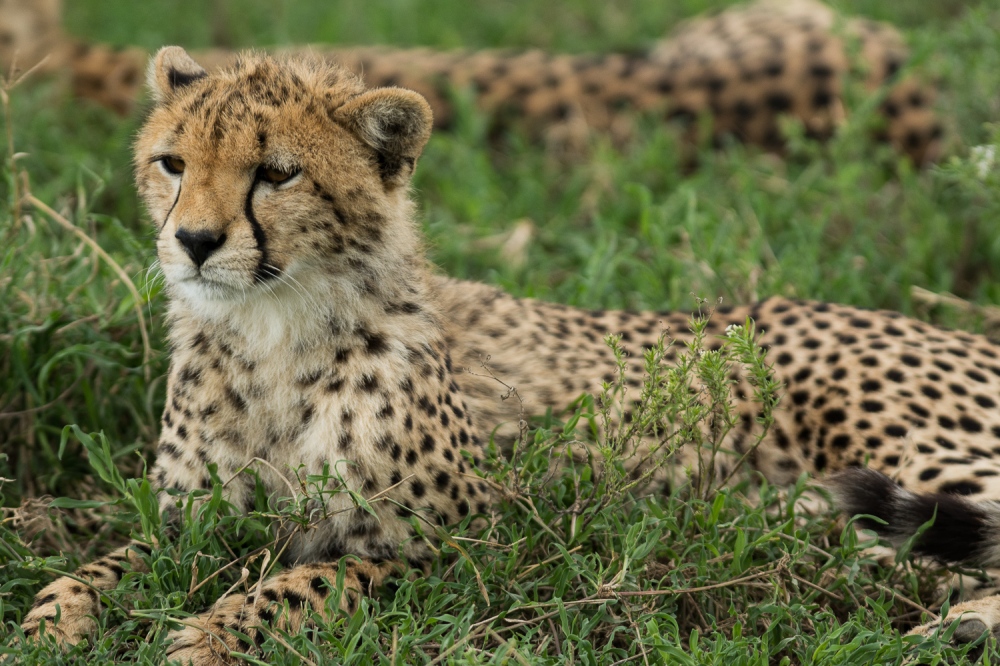 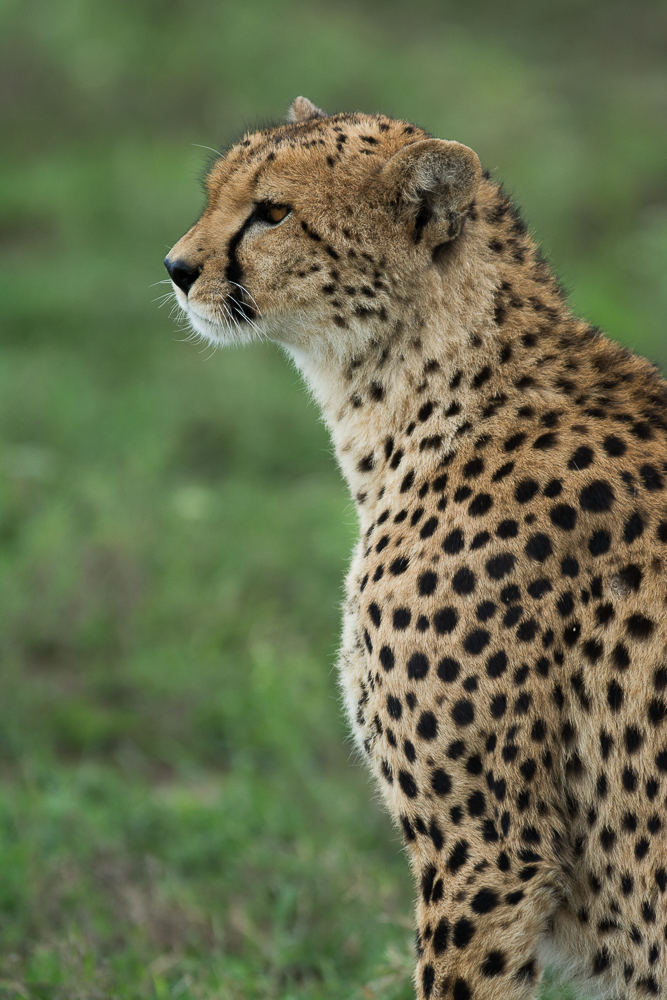 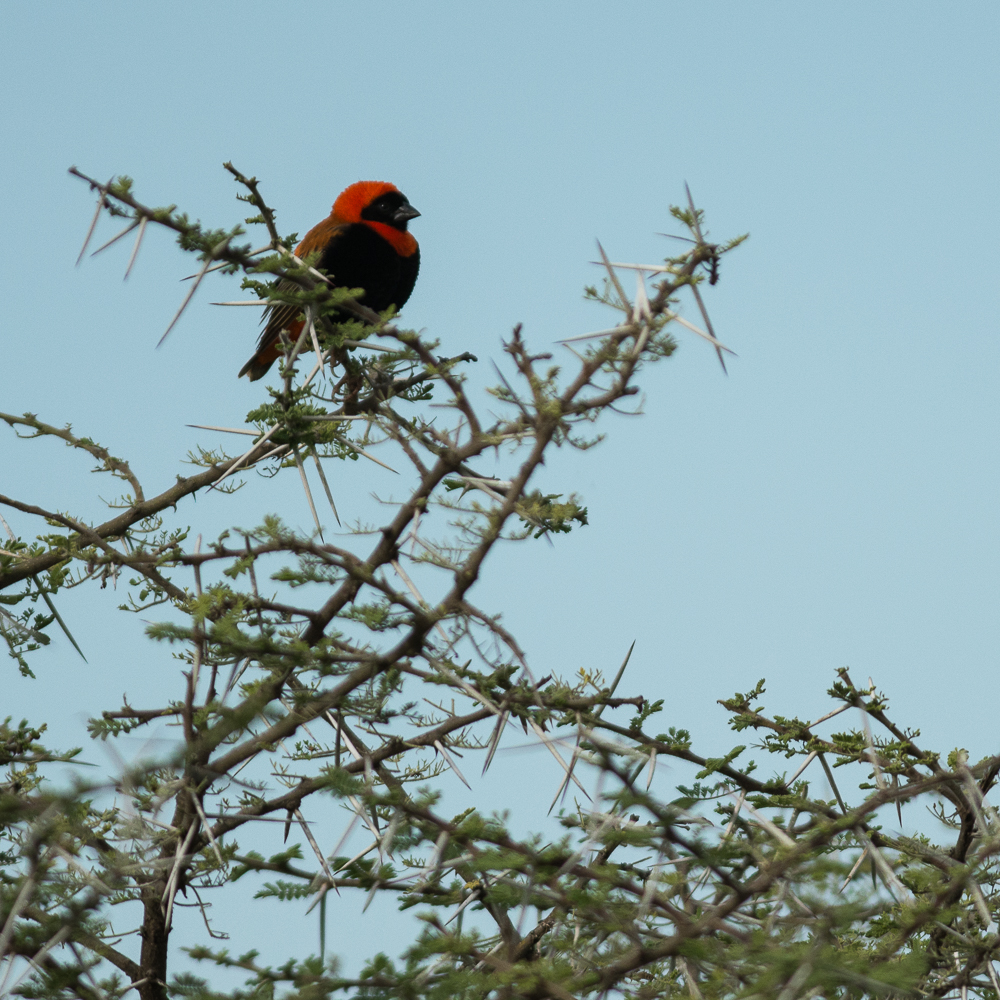 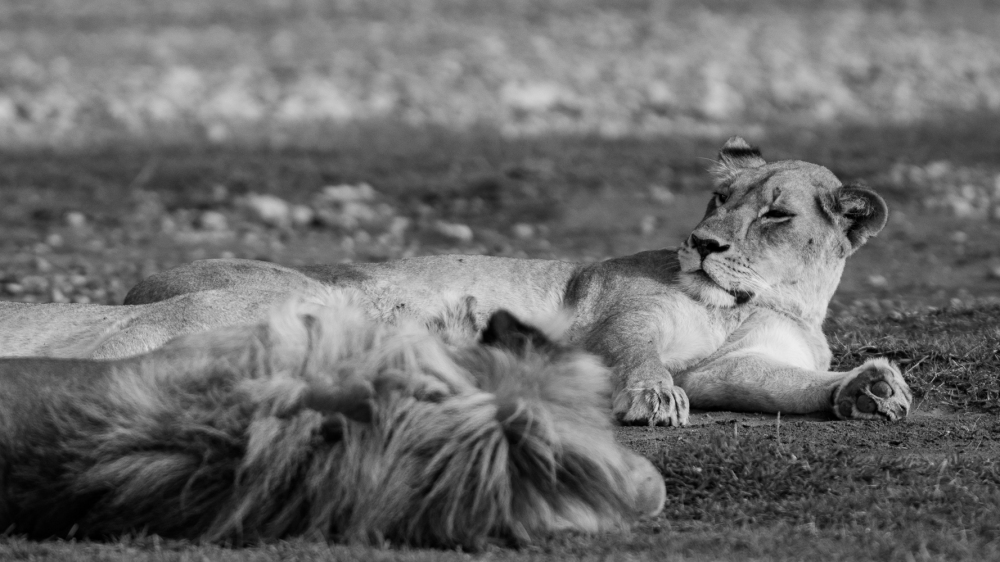 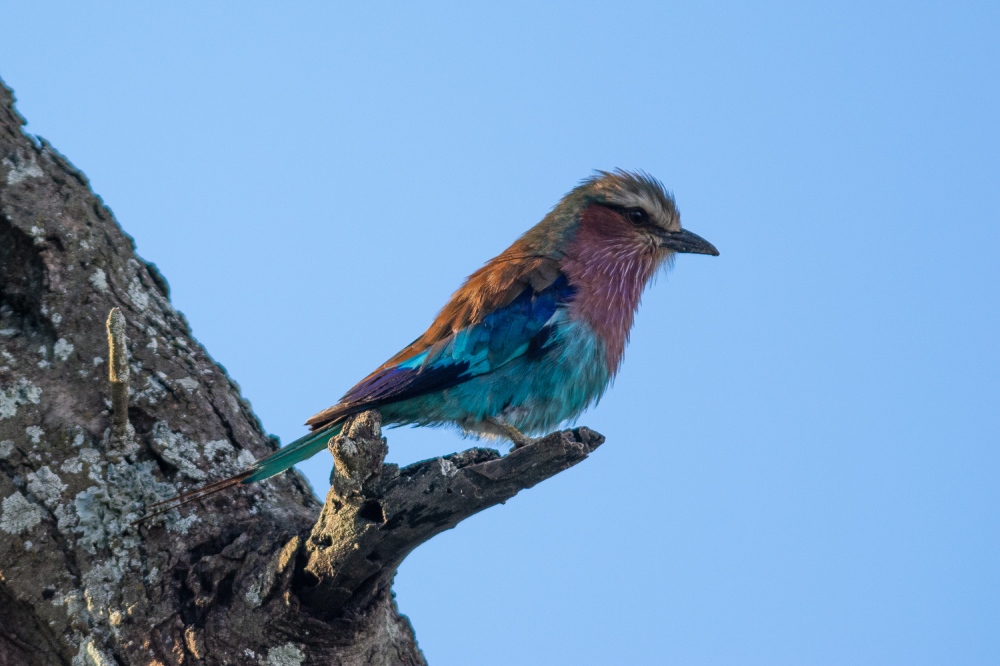 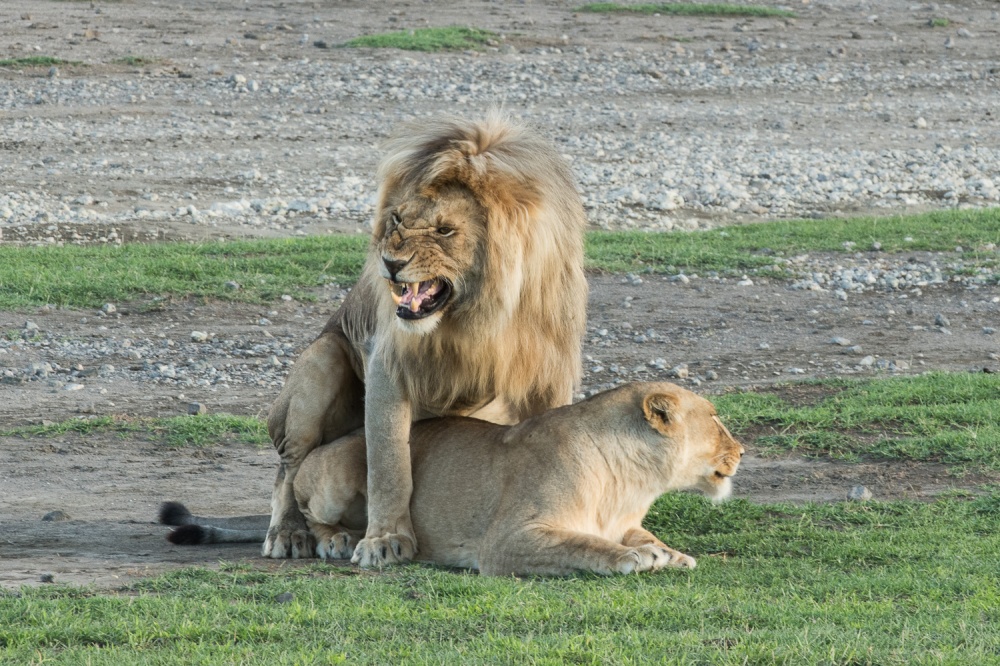 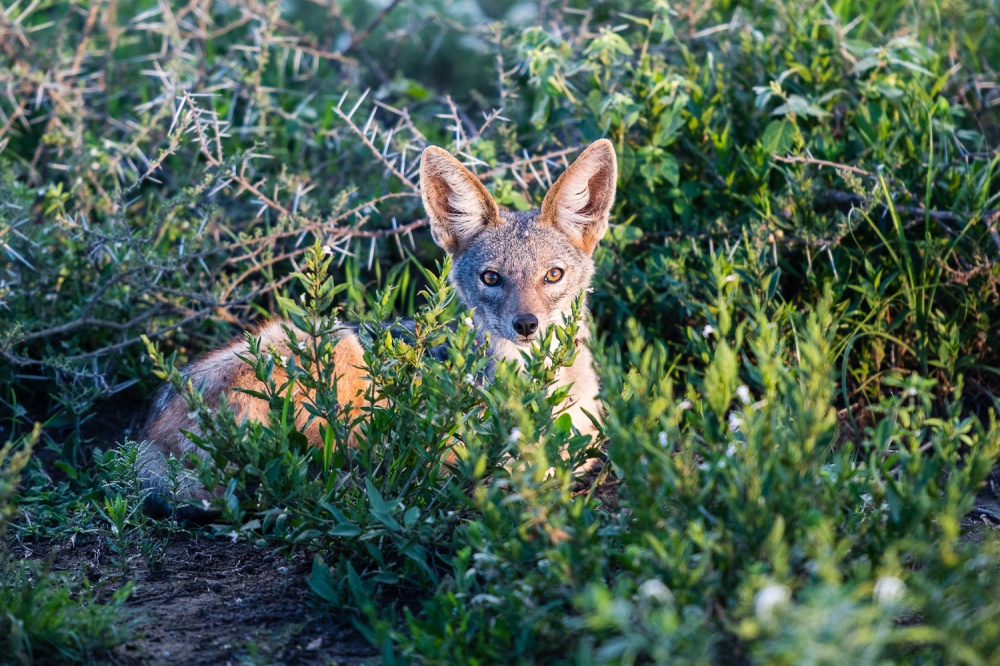 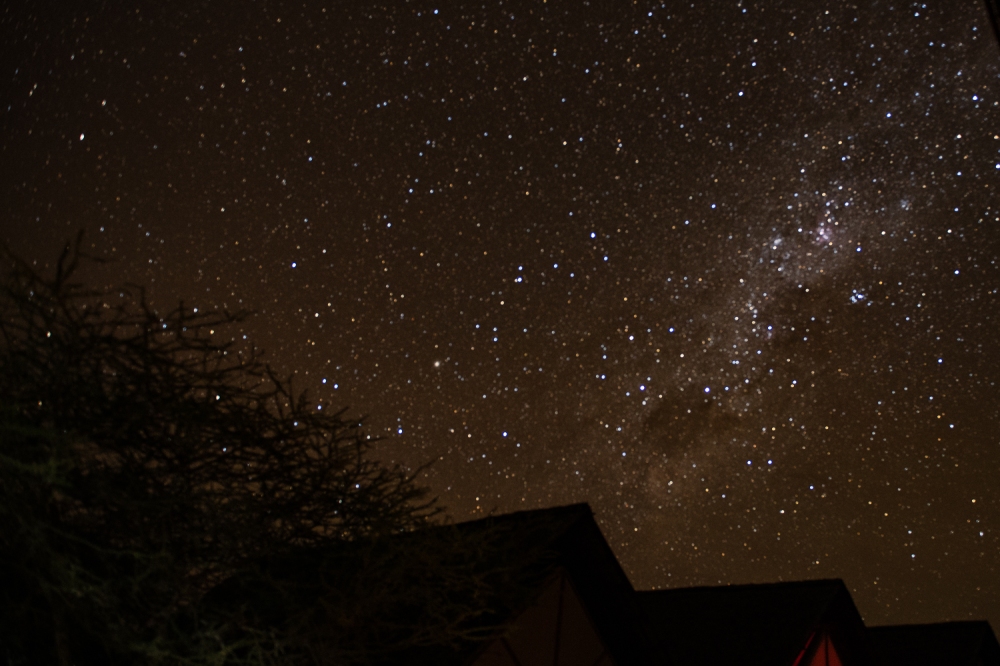